This module starts the long run along the east wall. From the ‘layout’ figure this is the module 2 below.

Instead of simply using a number of boxes to hold up the roadbed I built some bench work reusing some bi-fold panels left from replacing then with 6 panel doors. The bench work is shown in the following picture. 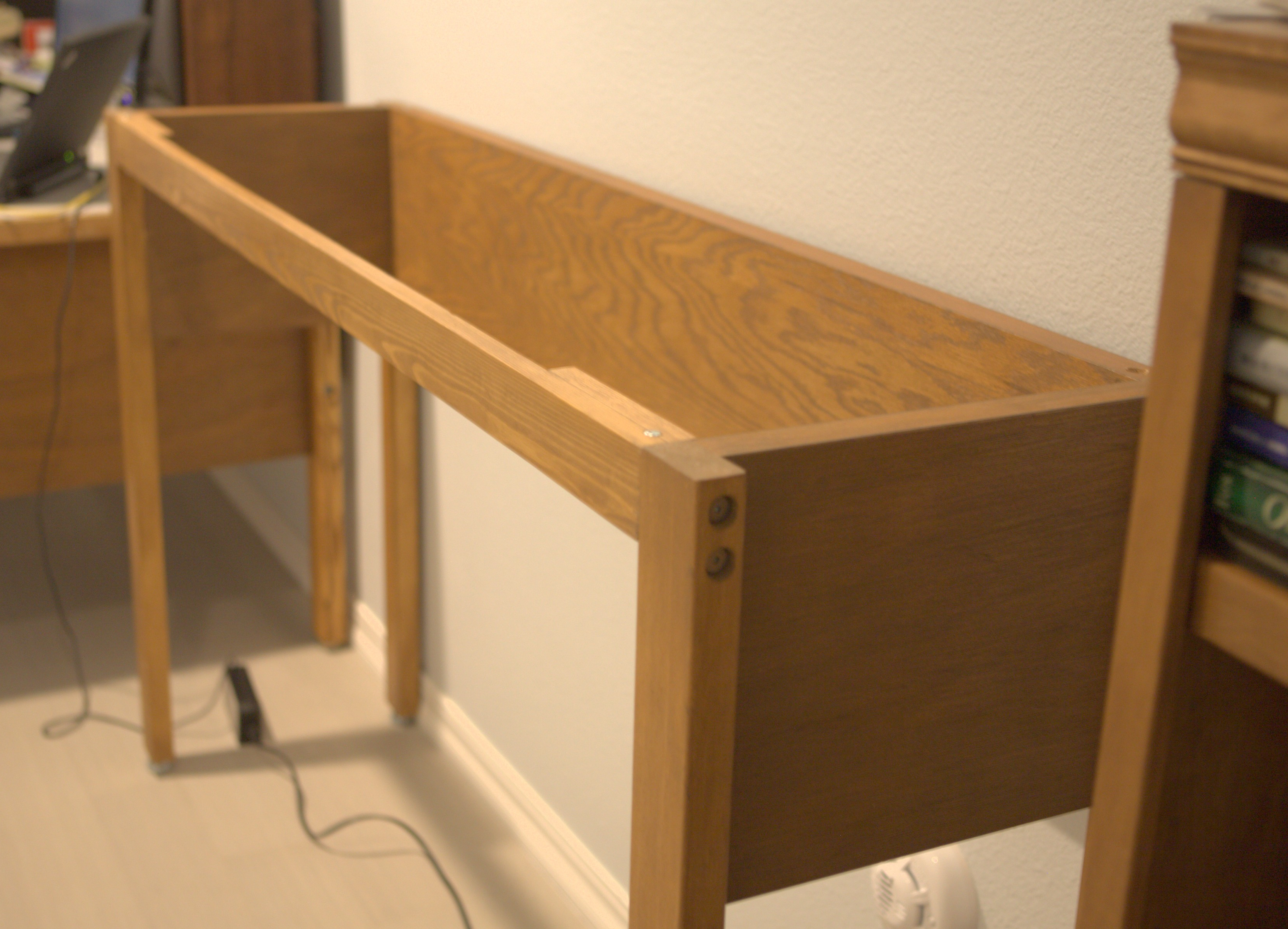 In using the approach that worked on my experimental track I printed out the XTrackCAD in full scale and positioned it on the foam base.

The XTrackCAD was transferred to the foam surface and the first Tortoise turnout installed as well as some cork roadbed.

All five if the Tortoise motors and three turnouts have been installed, awaiting delivery of two Walther Shinahara LH #4 turnouts 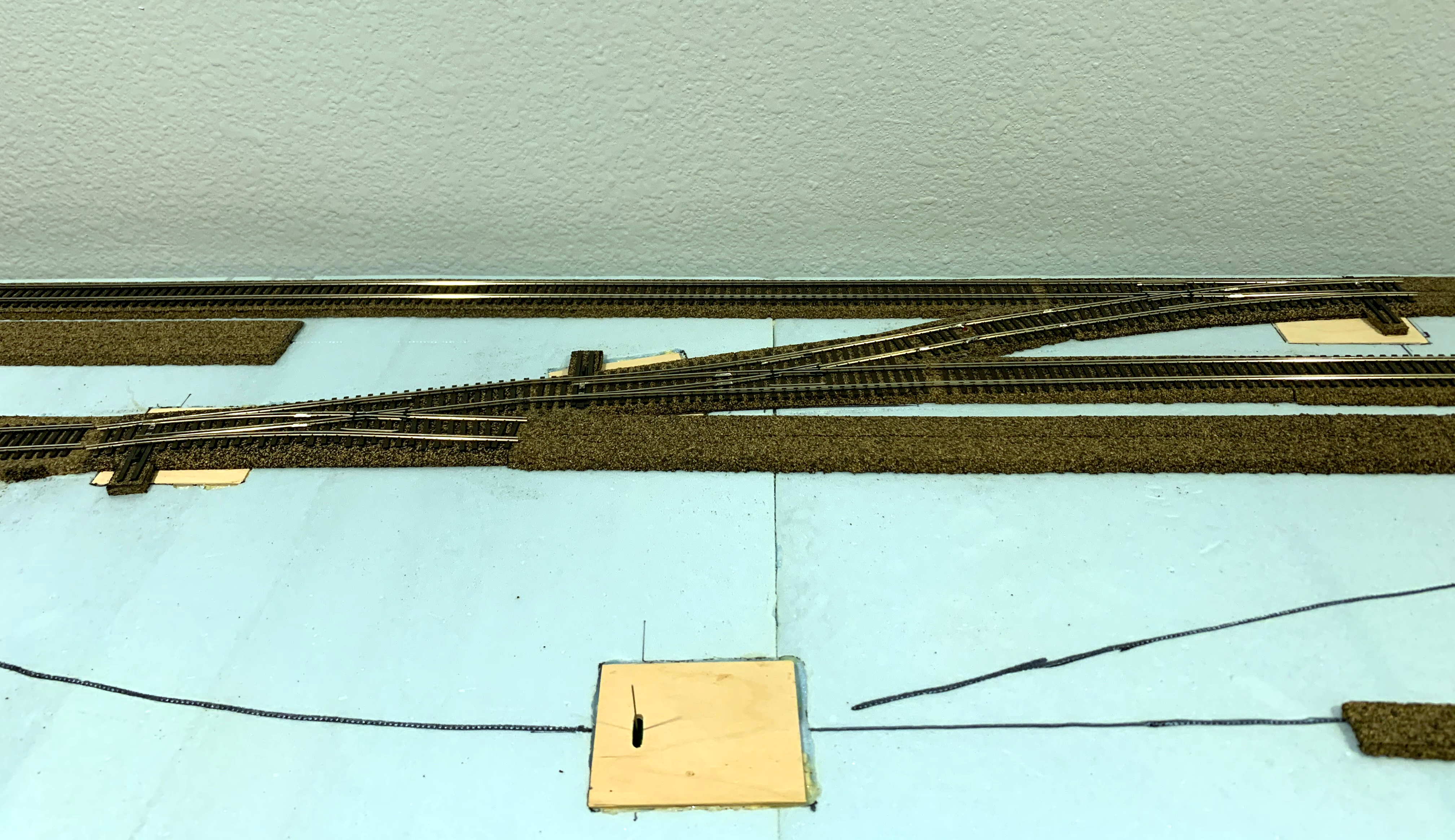 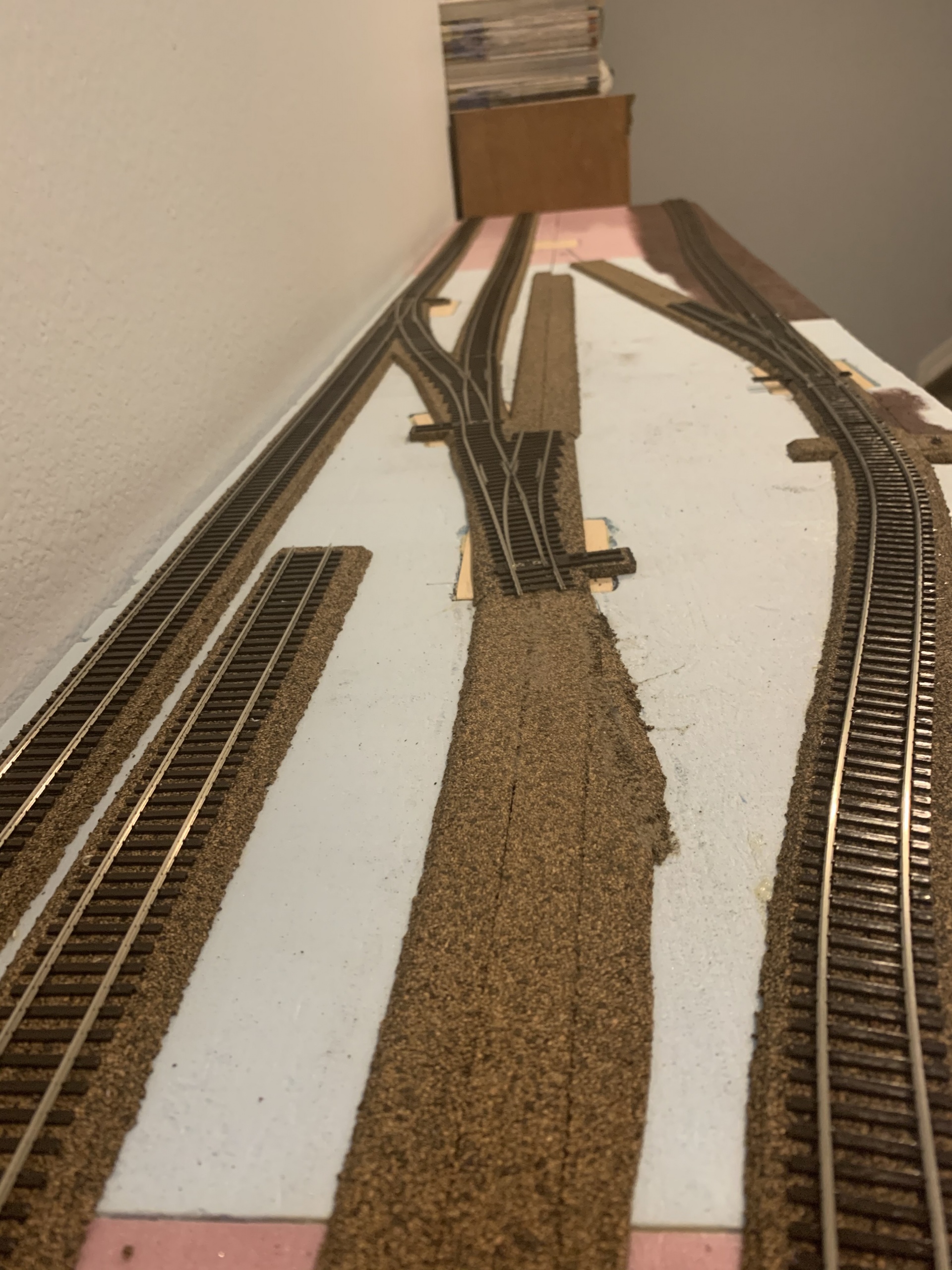