My initial approach was to develop a JEE application with a relational database, a tried and true approach, but for a couple of reasons I’ve switched to using a micro-services approach employing Docker, Node.js, Express, Vue and Mongo as the principle technologies, sometimes referred to as MEVN. The initial system design is a first cut at developing and deploying micro services to handle RFID chip carried by each piece of rolling stock, model railroad inventory of rolling stock and a projects and purchases manager. 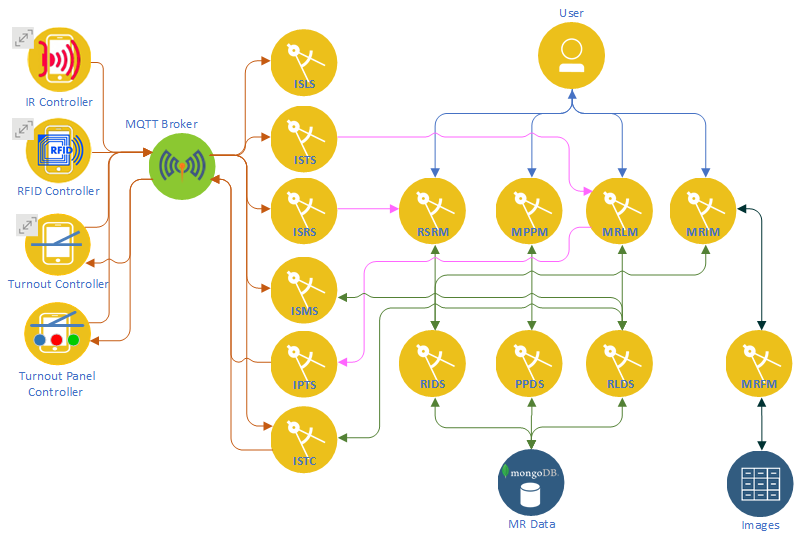 The components of the design are: